You are here: Home » Latest World News » The Battle for Covid-19 Vaccines: the Rich Prevail Over the Poor

By Thalif Deen
UNITED NATIONS, Jun 20 2022 – The 164-member World Trade Organization (WTO) has implicitly rubber-stamped a widely-condemned policy of “vaccine apartheid” which has discriminated the world’s poorer nations, mostly in Africa and Asia, depriving them of any wide-ranging intellectual property rights.

As Max Lawson, Co-Chair of the People’s Vaccine Alliance and Head of Inequality Policy at Oxfam, said at the conclusion of the WTO’s ministerial meeting last week: “The conduct of rich countries at the WTO has been utterly shameful”.

“The European Union (EU) has blocked anything that resembles a meaningful intellectual property waiver. The UK and Switzerland have used negotiations to twist the knife and make any text even worse. And the US has sat silently in negotiations with red lines designed to limit the impact of any agreement.”

The Geneva-based WTO, whose members account for nearly 98 percent of world trade, takes decisions by consensus resulting in a rash of compromises on some of the disputed issues.

Lawson said: “This is absolutely not the broad intellectual property waiver the world desperately needs to ensure access to vaccines and treatments for everyone, everywhere. The EU, UK, US, and Switzerland blocked that text.”

This so-called compromise, he argued, largely reiterates developing countries’ existing rights to override patents in certain circumstances. And it tries to restrict even that limited right to countries which do not already have capacity to produce COVID-19 vaccines.

“Put simply, it is a technocratic fudge aimed at saving reputations, not lives”, he warned. 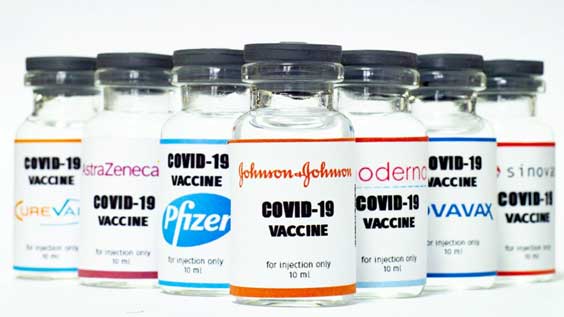 ”The issue of relaxing intellectual property rights for vaccines had become highly controversial. It pitted the pharmaceutical industry and developed countries that are home to their operations, particularly in Europe, against civil society organizations (CSOs) and delegates from India and South Africa.”

Oxfam’s Lawson said: “South Africa and India have led a 20-month fight for the rights of developing countries to manufacture and access vaccines, tests, and treatments. It is disgraceful that rich countries have prevented the WTO from delivering a meaningful agreement on vaccines and have dodged their responsibility to take action on treatments while people die without them.”

“There are some worrying new obligations in this text that could actually make it harder for countries to access vaccines in a pandemic. We hope that developing countries will now take bolder action to exercise their rights to override vaccine intellectual property rules and, if necessary, circumvent them to save lives.”

In a statement released last week, the People’s Vaccine Alliance, said waiving intellectual property rights for COVID-19 vaccines have sparked worldwide debate, from Washington to Beijing and Davos to the World Trade Organization.

A group of Nobel laureates wrote to President Biden arguing that a temporary waiver of COVID-19 patent rights is essential to halting the global pandemic.

“Waiver advocates say that prioritizing the intellectual property rights of vaccine developers (many of whom have received governmental support) is making the vaccination rollout slow and unaffordable for billions of people in less-wealthy nations”.

Supporters of the status quo say a waiver would chill investment in the very pharmaceutical research that led to the vaccines’ creation, the Alliance said.

The Alliance also pointed out that In October 2020, South Africa and India proposed a broad waiver of the Trade Related aspects of Intellectual Property (TRIPS) agreement covering COVID-19 vaccines, tests, and treatments.

The EU, UK, and Switzerland blocked that proposal. The US supported an IP waiver for only vaccines. The final text agreed is a watered-down waiver of one small clause of the TRIPS agreement relating to exports of vaccines. It also contains new barriers that are not in the original TRIPS agreement text.

Ben Phillips, author of ‘How to Fight Inequality’ told IPS that rich countries had acted to protect the monopolies of big pharmaceutical companies to determine production levels of pandemic-ending medicines.

“Almost everyone in every country in the world”, he said, “would be better off if big pharmaceutical companies made slightly less obscene profits so that enough doses of pandemic-ending medicines could be made by multiple producers across the world to reach everyone who needs them on time.

The Covid-19 crisis has exposed the rot of the system of monopolies over production of vital medicines. Everyone can see it, and it will fall. How quickly it falls is the only question left. People are organizing nationally and internationally and they won’t let this pass again,” Phillips declared.

Mandeep S. Tiwana, Chief Programmes Officer at CIVICUS, a global alliance of civil society organizations (CSOs), told IPS “unequal access to vaccines is a global scandal that flies in the face of the economic, social and technological progress we claim to have made as humanity”.

He pointed out that CSOs around the world have long called for equity in health care and an end to excessive profiteering by the pharmaceutical industry at the expense of people’s well-being.

“We need to closely examine the reasons for the lack of political will to meaningfully address these issues.”

But despite this achievement, Bachelet insisted that the “grim reality” was that only around 13 per cent of people in low-income countries have been vaccinated, compared with almost 70 per cent in high-income countries.

Tedros Adhanom Ghebreyesus, Director-General of the World Health Organization (WHO) ,has insisted that inaction risked penalizing the planet’s most vulnerable people and countries.

“We are at an inflection point in history”, he said. “We have the tools to end the acute phase of the pandemic, if we use them properly and share them fairly. But profound inequities are undermining that chance.

“Countries with high vaccination rates are reopening while others with low vaccination rates and low testing rates have been left behind. The result is more than 60,000 deaths per week, along with an increased risk of the emergence of new variants.”